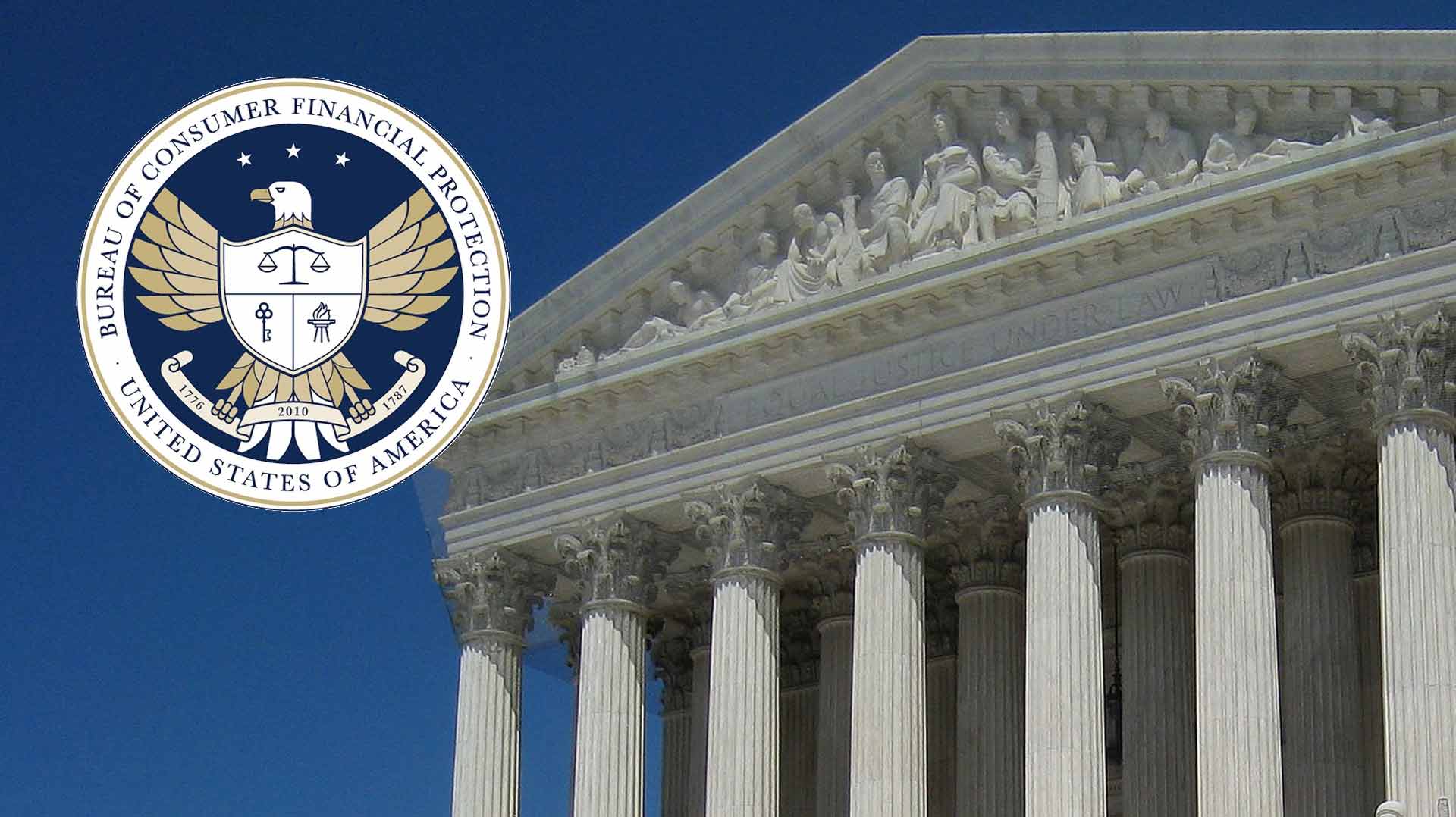 This case involves issues that have enormous impact on government: the president’s power to remove executive branch officials from their jobs, and the massive power Congress is increasingly delegating to administrative agencies.

Landmark’s brief details how the Framers believed the separation of powers was essential to ensure government was accountable to the People. The rise of the administrative agencies in Washington betrays their vision. The trend to create “independent” boards and commissions makes the problem even worse. Preventing the President from removing individual directors will inevitably lead to unaccountable fiefdoms. Congress set up the CFPB to be nearly a government of its own- shielded from the President and not subject to financial oversight from Congress itself.

We think it is critical that the Supreme Court restrict Congress’s attempts to limit the President’s removal power. Your financial support allows us to make the case for a faithful reading of the Constitution.

The scope of the president’s removal power arose in the very first Congress and persists today. The Constitution requires the President to seek the Senate’s advice and consent in the appointment of principal officers (high ranking officials like cabinet secretaries) to the Executive Branch. But the Constitution is silent about how they can be removed.

Congress early on determined that the Framers vested the President with broad executive power in Article II of the Constitution, subject only to a few specific exceptions, like Congress’s power to declare war or impeach. Congressional consent to fire Executive Branch officers is not one of these exceptions. In addition, the President has a duty to take care that the laws be faithfully executed. It is impossible to meet this duty if the President can’t fire the people working for him.

But problems began to arise when Congress began creating administrative agencies and delegating executive powers to them. Over time, these agencies developed serious constitutional defects as Congress delegated them more and more power. And it isn’t just legislative power.

Today, many agencies, such as the Environmental Protection Agency, the Federal Trade Commission, and the Department of Education have the power to conduct investigations, issue regulations, hold hearings and levy fines. This means that they are engaging in executive, legislative and judicial-type functions all at the same time. Concentration of power in this fashion violates the Constitution’s separation of powers.

There is a subset of administrative agencies, so-called independent agencies, that are even worse. They are independent because Congress shields them from presidential supervision. Congress restricts the President’s power to remove the agency’s leaders without cause. With its creation of the CFPB, Congress has taken this abusive tactic to an unprecedented and dangerous height.

The case at hand, shows how serious the separation-of-powers issues have become in Washington. Congress created the CFPB to regulate the nation’s consumer finance laws in the wake of the 2008 economic crisis. Congress vested sweeping regulatory power in the CFPB including legislative, judicial, and executive functions.

Alarmingly, and for the first time, Congress put a single person in charge of the Bureau. This is unlike other federal agencies which are led by multi-member commissions, where the President has a greater opportunity to get at least one his own people appointed during his term.

In addition, Congress allows the CFPB to draw its funding automatically and indirectly, through the Federal Reserve System without oversight from Congress or the Office of Management and Budget in the White House. And Congress placed extraordinary restrictions on the president’s power to remove the Board’s sole administrator, thus limiting the agency’s accountability to the President and to the people.

The Supreme Court will decide whether to take up the case later this year. As we’ve watched the proliferation of administrative agencies, we’ve seen a decrease in political accountability and personal freedom. Seila Law gives the Supreme Court a tremendous opportunity to rein in these abusive and unconstitutional agencies.

We appreciate your continued financial support of Landmark Legal Foundation. Your tax-deductible donation will help us continue the Foundation’s important work.

Thank you so much!