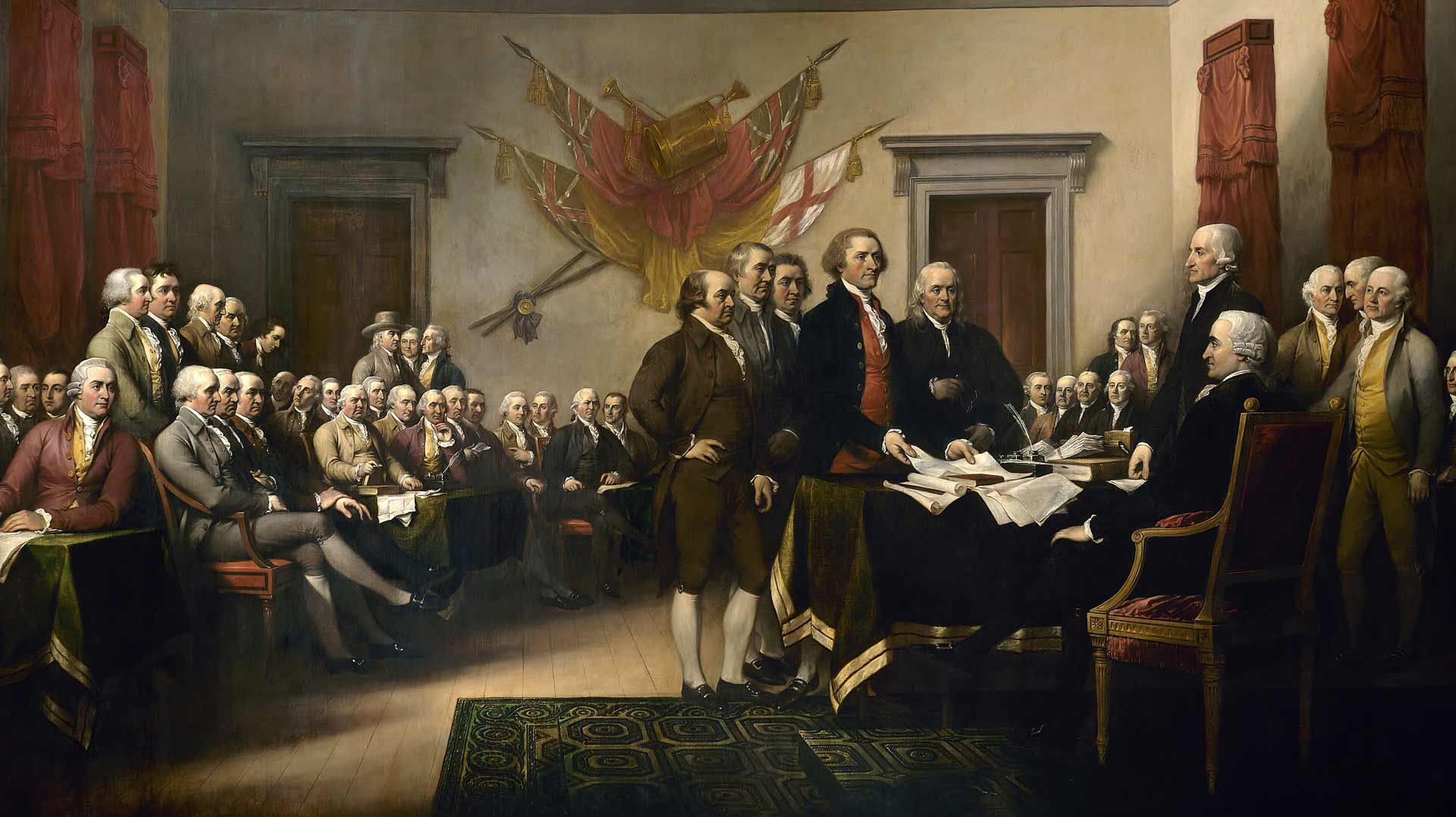 Federalism is the sharing of power between national and state governments. In America, the states existed first, and they struggled to create a national government. The U.S. Constitution is hardwired with the tensions of that struggle, and Americans still debate the proper role of the national government versus the states. Chief Justice John Marshall, the longest-serving leader of the Supreme Court, noted that this question “is perpetually arising, and will probably continue to arise, as long as our system shall exist.”

E Pluribus Unum
E Pluribus Unum: out of many states, one nation. In 1776, the newly independent states acted like 13 quarreling brothers and sisters. These “united” states had vast differences in history, geography, population, economy, and politics. Each state wanted all the powers of sovereign nations: to make treaties, receive ambassadors, coin money, regulate commerce. But they had to give up some of those powers in order to survive on the world stage. To that end, they agreed to the Articles of Confederation, the first constitution of the United States. It created a “firm league of friendship” among the states, along with a legislature of very limited powers. Congress was very weak: it could wage war and negotiate peace, but not raise taxes to pay for either. Each state had one vote in Congress, and any changes to the Articles required unanimous consent.

After the war ended in 1783, strains in the union reemerged, and the country was in danger of falling apart. The states could not agree on how to pay Revolutionary War soldiers, and many veterans returned home to farms saddled with debt and taxes. In 1786-87, as part of an uprising known as Shays’ Rebellion, farmers in western Massachusetts closed the courts to prevent foreclosure on their farms. Also, the states themselves were not inclined to obey the peace treaty they had just signed with Great Britain. As George Washington noted in 1786: “If you tell the Legislatures they have violated the treaty of peace and invaded the prerogatives of the confederacy they will laugh in your face.” He added: “What a triumph for the advocates of despotism to find that we are incapable of governing ourselves.”

A More Perfect Union
Faced with the very real problems of a weak central government, Congress issued a resolution in February 1787 calling for a convention to amend the Articles of Confederation. But at the Philadelphia convention, which opened on May 25, 1787, delegates quickly began to consider an entirely new form of government, federalism, which shared power between the states and a more robust central government with truly national powers.

After four months, the delegates drastically changed the relationship among the states and created a new national government, abandoning the Articles of Confederation. This new government had executive and judicial powers, along with expanded legislative authority. Unlike the Confederation, states in the new legislature would not be represented equally. Instead, big states with large populations exercised more power in Congress. Slaveholding states were allowed to count three-fifths of their enslaved population for representation and taxation purposes. To count slaves fully would only have increased the political power of slave states.

On September 17, 1787, the delegates approved and signed an entirely new Constitution for the United States of America. Once approved by the people, the Constitution’s federal system would create a unique solution to sharing power among the states and the national government. Even George Washington admitted that the Constitution was not perfect, but rather–in the words of its Preamble–the next step in “a more perfect union.”